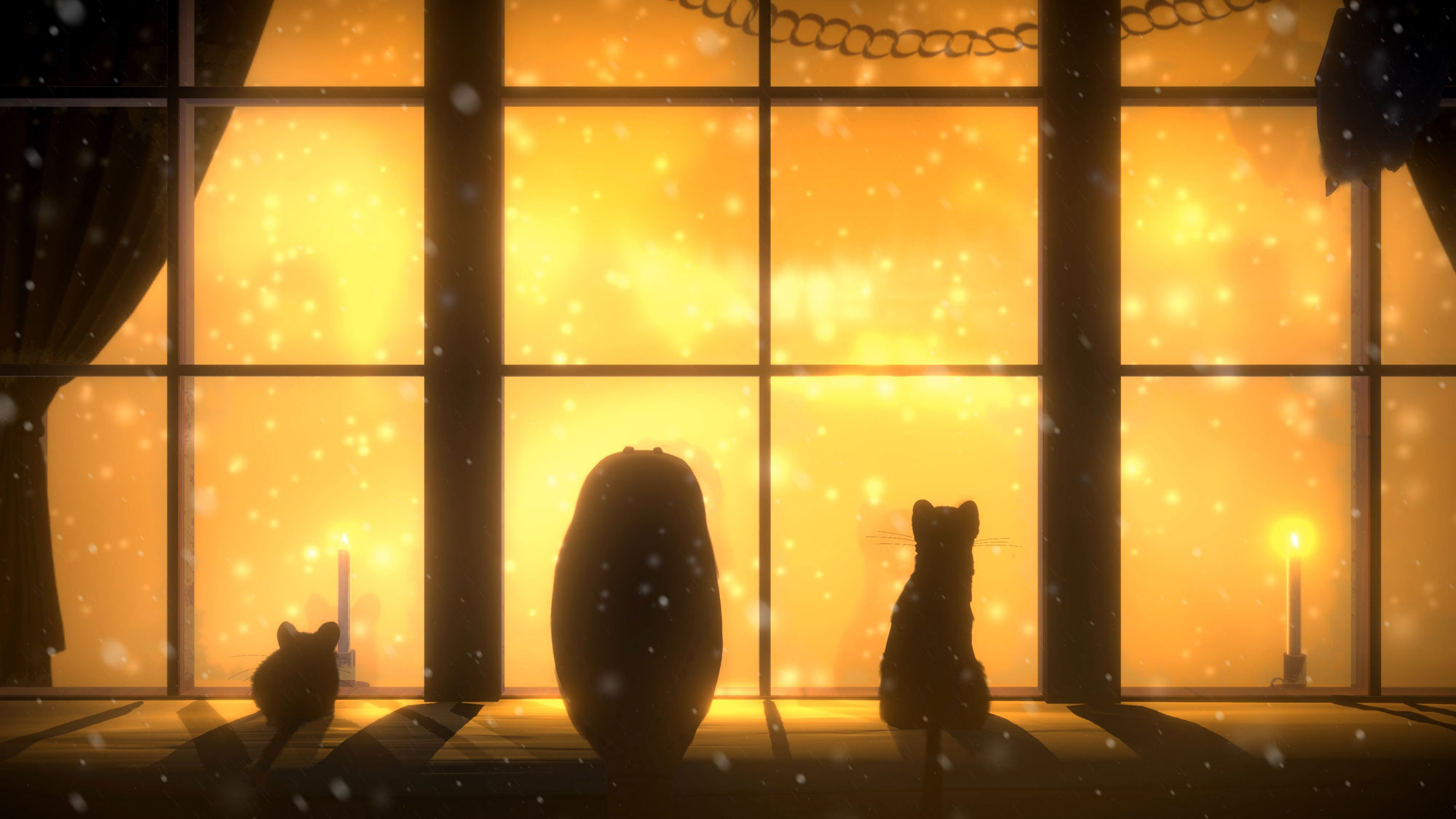 Video campaign for The Danish Society for Nature Conservation.

Using the force of real-time film making in Unity

Christmas is around the corner, but the endangered animals in Denmark are not invited. This campaign puts a focus on  species that may soon be history. 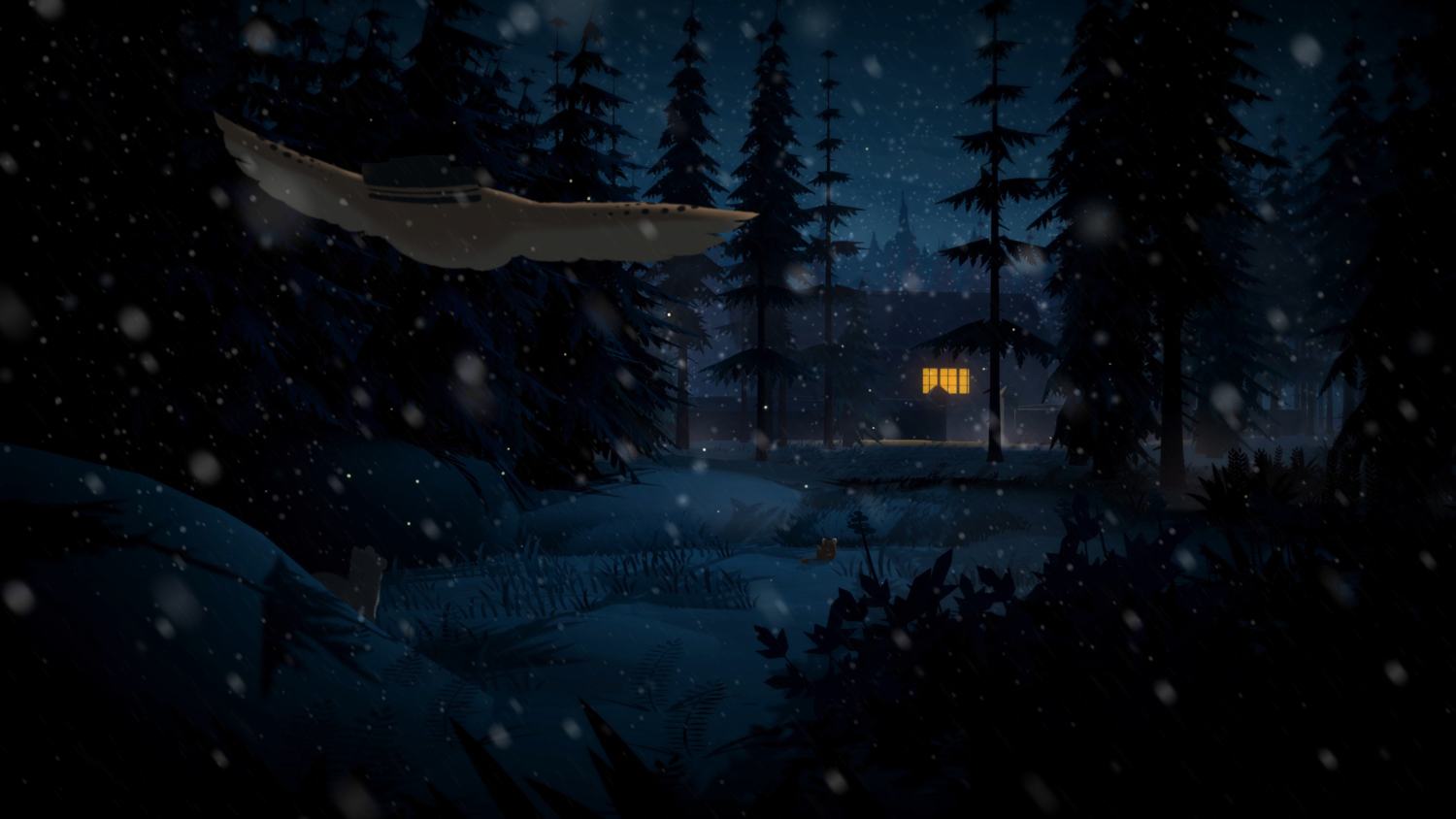 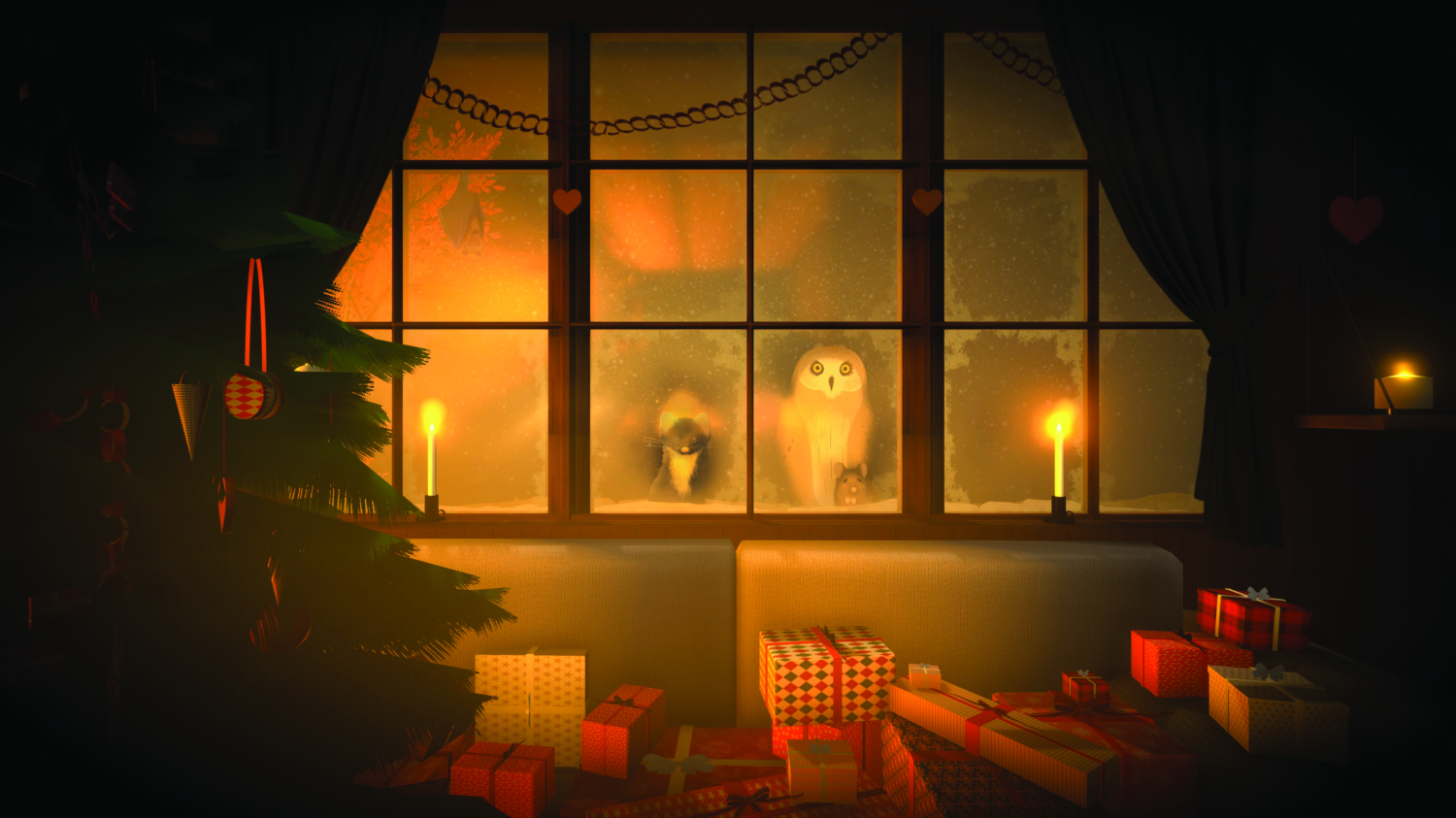 Example visuals from the project

The Danish Society for Nature Conservation approached us, asking if we wanted to collaborate on a Christmas campaign based on the fairy tale ‘The Little Match Girl’, a short story by Danish poet and author Hans Christian Andersen. From their pitch, we took on the production and delivered after one month, in time for December.

PROBLEM | Create a 1 minute Christmas campaign video based on the client’s pitch.

CONTEXT | I’m currently working with Danish animation studio Nørlum in creating a mix of 2D/3D animated content, of which this was the first case. After Nørlum secured the job, we set out to see how effective we could work as a two-person team, economising the pipeline. The client was presented an initial animatic of the film and had a few iterations of feedback over the following weeks, largely rendering us the deciders over everything in the video.

INSPIRATION | I’m fascinated by the cross section of graphic design and animated content. Most animated content usually derives from fine arts schools. But more and more designers are moving toward animated content, illustration and even 3D (See InVision’s latest move). I like to call this the ‘humanisation of the internet’ as an answer to the sterile grid-based designs from Material Design and earlier.

GOING WITH UNITY | After two weeks of creating vector-based assets for the Christmas universe, we stumbled upon the idea of using Unity. Why not take advantage of its real-time capabilities for advanced camera moves, particle effects and procedural options for creating landscapes? Trashing two weeks of vector asset-building wasn’t easy, but it seemed exciting to move into new lands as a digital designer; into lands I truly believe to become a much bigger part of designing than it is now. 3D is only in its infancy of its renaissance. 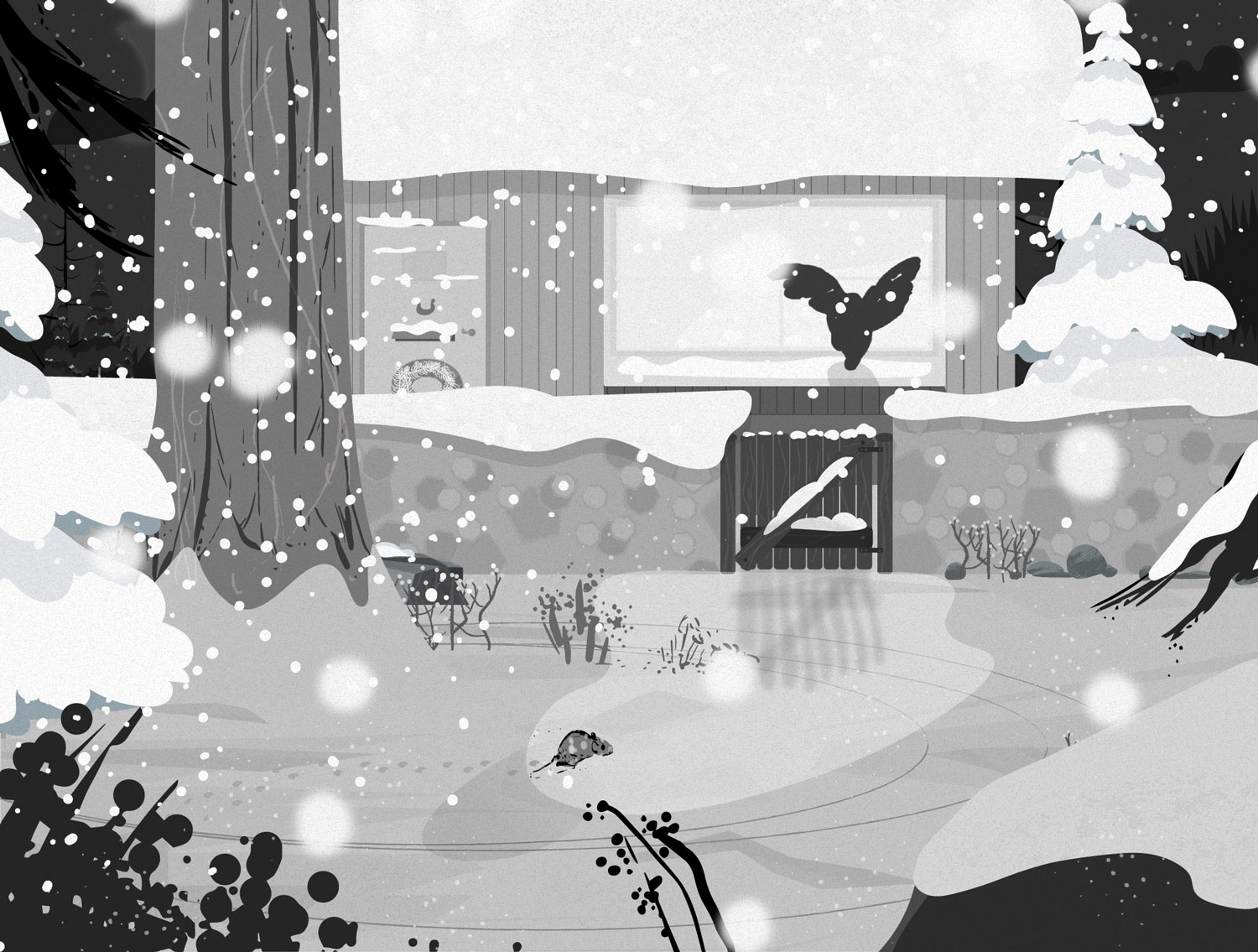 Process | An early vector build in Illustrator of one of the shots. While it was trashed in favor of Unity, it did help us explore the scene layout

DESIGN FLOW | After storyboarding, we created an animatic, showed it to the client and effectively locked in the scenes we needed. From this we quickly went into Unity and sketched out the scenes in 3D with raw assets and camera moves. It looked horribly at first, and it being our first time, we were not sure if this would ever turn into something useful. But as we iterated and hit a first good-looking scene, we became certain we could do it again with the remaining scenes. Below is an example of the initial mockup and final scene. 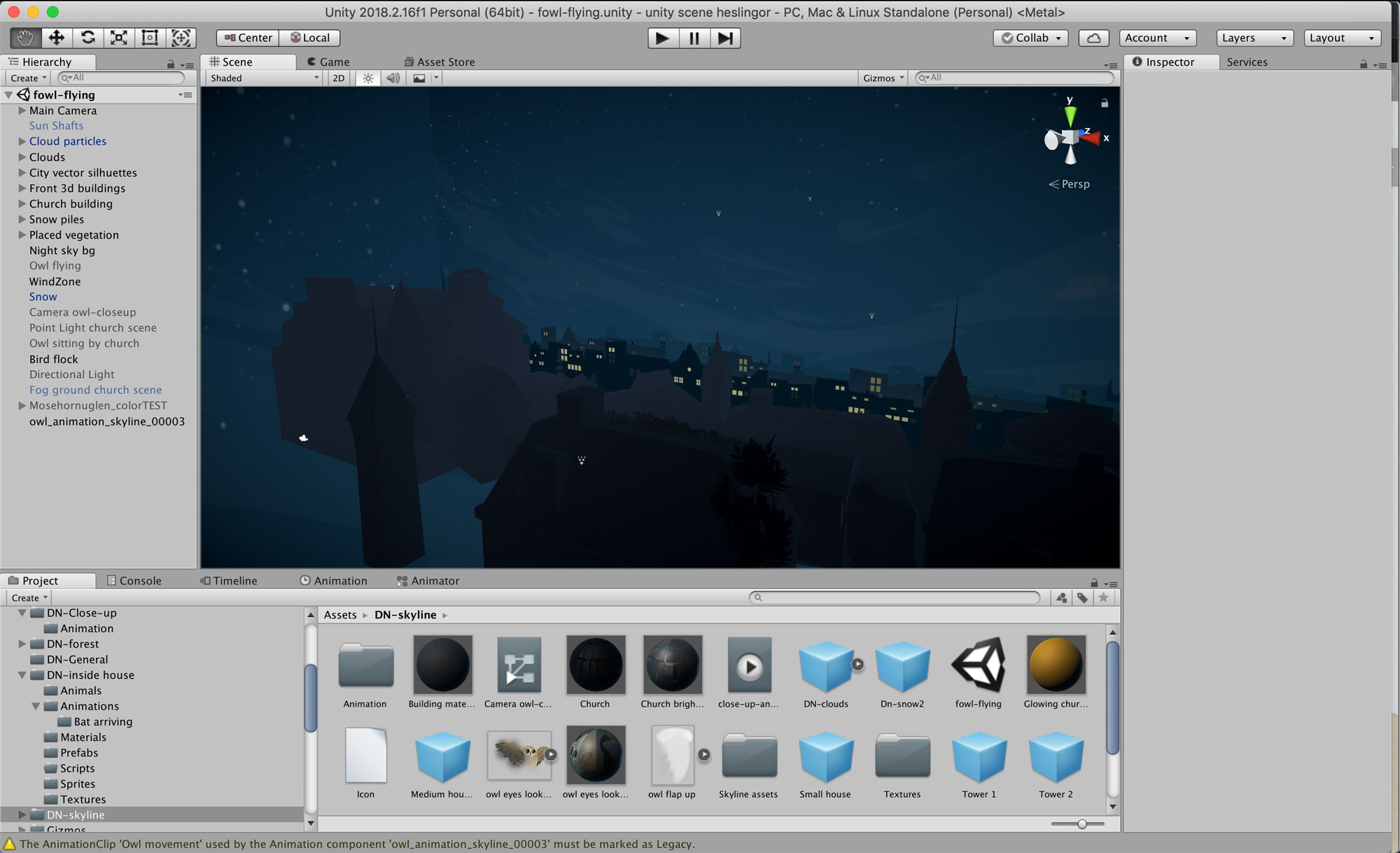 Process | Work-in-progress of building a city skyline. The far houses are 2D planes created in Illustrator. The church to the left and the front houses are 3D and built in Unity. The mix gave us the sense of space you get with 3D and the stylisation you get with 2D 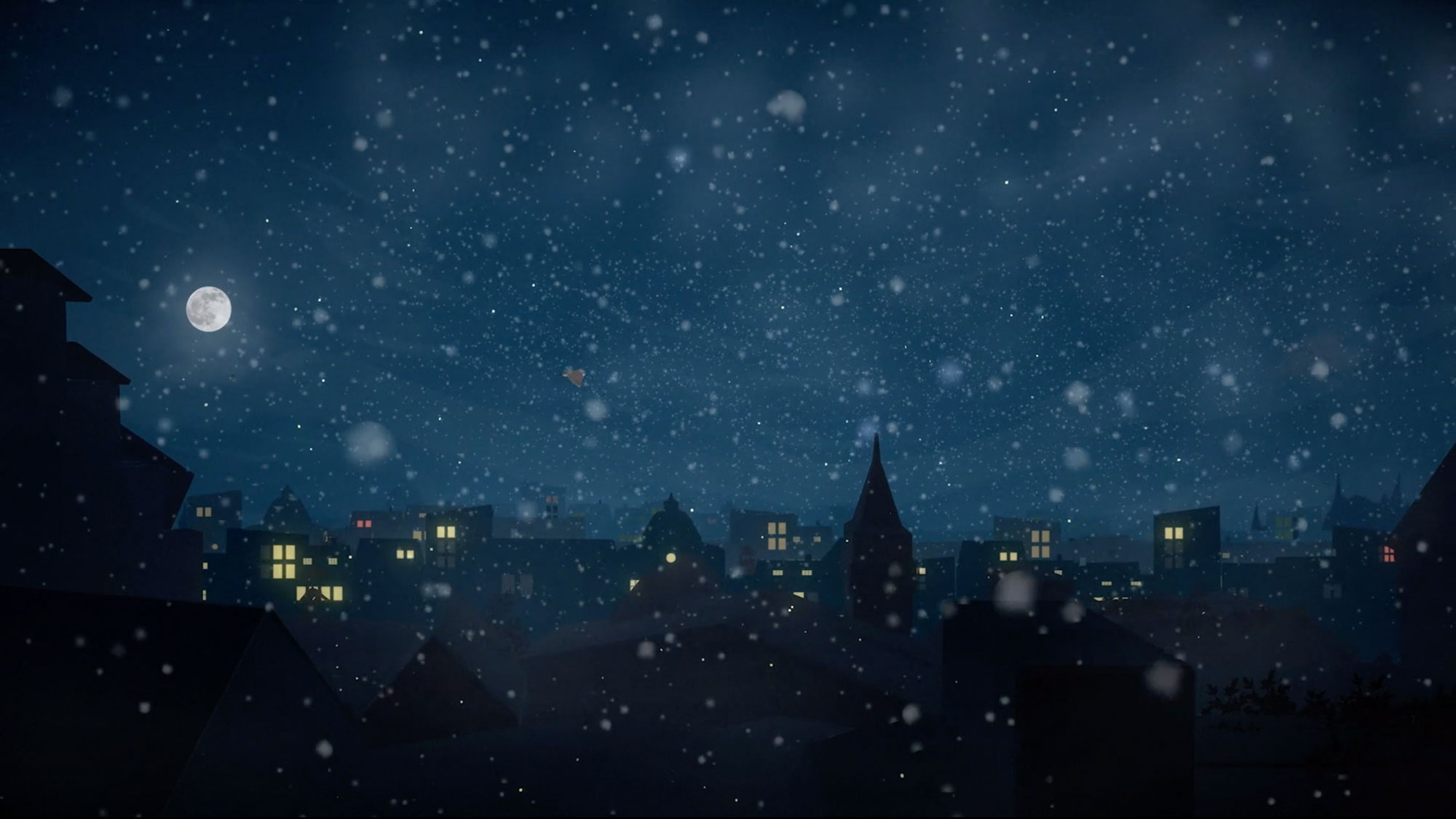 Final | Still image from the same final scene, from the camera's perspective
Final | Final scene where the different planes of perspective are clear. Off-setting them on the z-plane adds subtle parallax movement to the scene and creates a more dynamic scene. The snow and cloud particles are also in several layers to add the same effect
Process | A quick mockup to test the layout of a scene where the animals arrive at a cottage, looking in at a Christmas party
Final | A render of the final stage of the same scene. Much has changed since the mockup, but the camera and layout persisted. Trusting in how iterating will finally lead to a good result is hard but a skill worth practicing

FORCING A FLAT LOOK IN A 3D ENVIRONMENT | We wanted the flexibility of a 3D environment but not its plasticity. The final film should have a 2D look but having the strengths of 3D space. This was particularly important as we wanted the film's atmosphere to resemble old Disney films and the era of Christmas carols— an idyllic and rose-tinted version of the holidays. Below I’ve highlighted examples of how we achieved this style, juggling depth and flatness playing with stylised shaders and levels of foreground, middleground and background.

Final | The dark starry night in the woods — not a nice place to be when it's cold outside. But look, a warm light from that window section. The eye is led in the same path as the animals fly and as the storyline; from the woods to the cottage 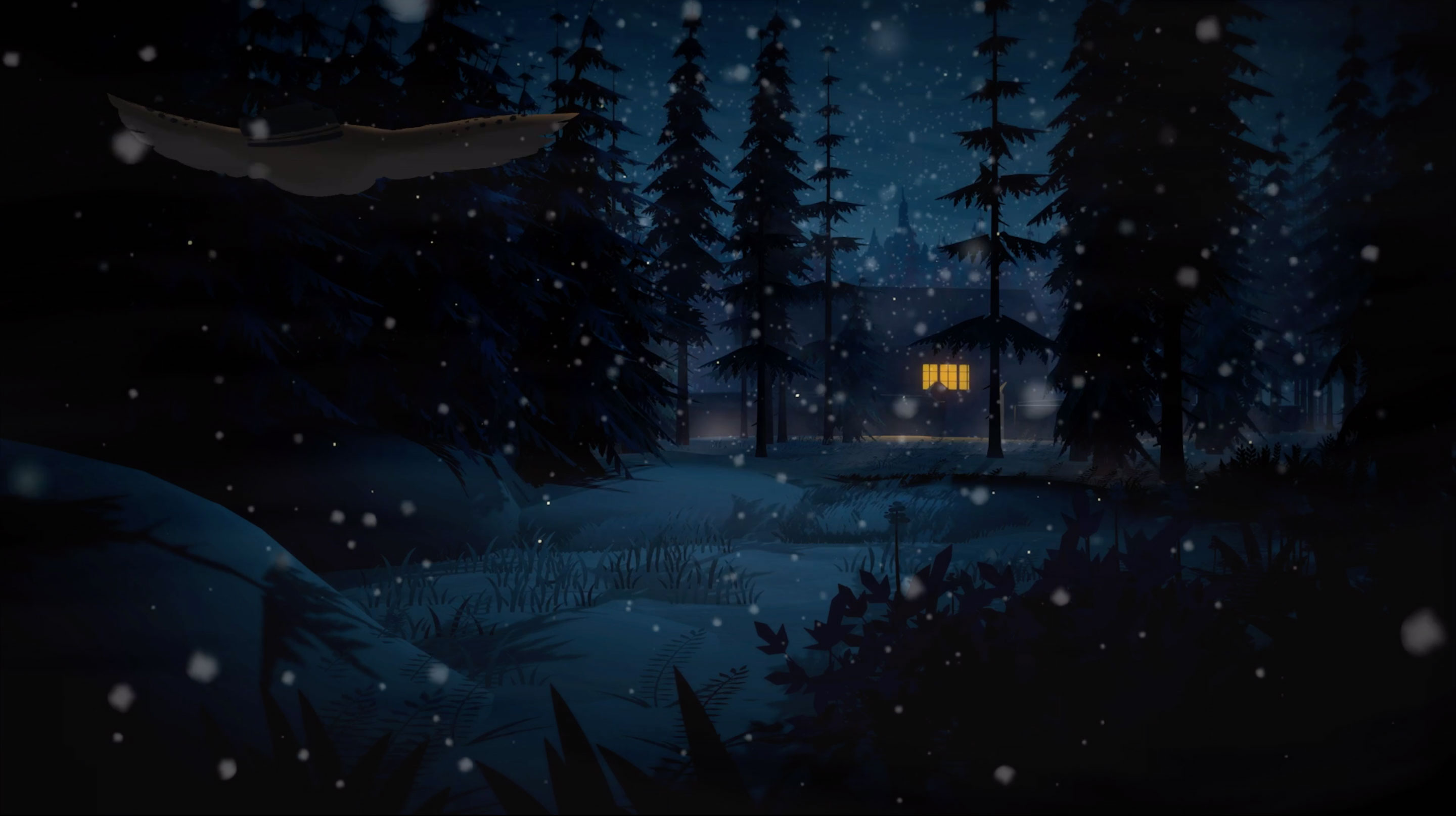 Fully 2D backdrop. Creating a flat sky in Photoshop flattened the 3D perspective. Skyboxes never achieved a similar result
1
Silhouettes. The assets have a low degree of detail. Combining this with using them as silhouettes had two main goals; 1) Letting the viewer focus on the animals as main protagonists, and 2) Flattening the image as the silhouettes become a single plane to the viewer, only discerned by scale of the objects
2
Fog. With silhouettes flattening out as planes, instead we used fog to lighten up things further away
3
Highlights and shadows on the animals. They were created in TVPaint and placed as PNG sequences in Unity. From here they were blended by turning down the light and adding a color overlay
4

THE FINAL RESULT | With all the models and layouts in place the time was mainly spent iterating on light and shadows and integrating the character animations into Unity or blending them into the scene post-production in After Effects. We decided on which of these methods to choose depending on whether the scene had a moving camera or not. The last-phase-tweaking was mainly fixing glitches in Unity, moving elements slightly, adding film grain and snow in After Effects and compositing the film in Premiere so the audio and visuals were perfectly aligned. The final result is a style we’re happy with, and a process that took advantage of the best of real-time production. In just one month we taught ourselves the ins and outs of Unity and brought together a video that wowed the client and gathered attention for its novel use of 2D/3D mix with Unity.

CUTTING SCENES TO THE BONE | The client emphasised how the video should last 1 minute. This proved hard as we needed time to set the scene and create suspense as the owl travels. If they arrived at the window within a few seconds, the serenity and Christmas feeling would disappear. If it lasted too long we’d loose viewers along the way. With most of their notes on cutting down I hesitated, but it turned out the film only got better from it.

MIXING UNITY AND 2D ANIMATED CHARACTERS | Frame rates are important. Decide on a frame rate early on and stick to it so all compositions are aligned, and you won’t have to solve the puzzle of why the animations are slightly off. Integrating 2D characters in a 3D scene only works if the character doesn't rotate and there is no orbiting camera move. Reflecting upon the process, we do see the limitations of 2D characters, but it all comes down to whether or not it's possible to stylise 3D characters sufficiently to hit the intended look. For this short film 2D animations were a great match.